Written by The CruiseExperts team. Posted in General, Informative, Tips 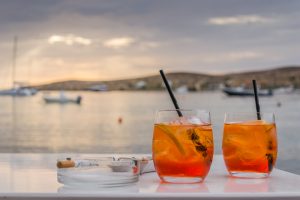 Smoking on cruise ships has been a hot button topic for years, with travelers weighing in passionately on both sides of the issue. Several cruise lines have announced new changes to their smoking policies in 2017 that make it clear that non-smokers are winning the day. If you are wondering, can you smoke on a cruise at all, the answer is yes, as long as you comply with cruise line restrictions. To help you plan your next cruise, we’ve summarized the smoking policies of the major cruise lines for 2017. Electronic cigarettes follow the same guidelines as cigarette smoking, except as noted.

Happy Traveler Comment
Thanks [Glynna] for this "gracious" walk through. What a wonderful customer service style you have. Much appreciated. Indeed I expect to enjoy this cruise. Will be hard to get off at the end of 16 glorious days. — Lynette K.

Smoking is only permitted in a designated smoking area, located on the starboard forward section of the pool deck.

Smoking is allowed in designated exterior open deck areas, in night clubs, and in the Casino and Casino bar (active players only). Cigar and pipes are allowed on designated outside decks where smoking is permitted.

Disney does not allow any smoking indoors. Smoking is permitted on the Disney Magic and Disney Wonder on the starboard side of deck 4 from 6 p.m. to 6 a.m., and on the portside of deck 9, forward, at any time.  Smoking is allowed on the Disney Dream and Disney Fantasy in the following areas: Deck 4 port side, aft, from 6:00 p.m. to 6:00 a.m.; Deck 12 port side aft and Deck 13 port side forward at any time.

MSC allows smoking in designated areas throughout their ships, including several bars in each ship. Smoking is also permitted in on one side of the principal outdoor pool deck areas.

Smoking on cruise ships is allowed in private gardens and private sun decks in the Garden Villas, on specific open decks, in the smoking lounge, on the starboard side of The Waterfront, and the Casino (active players only). Cigar and pipes are permitted where smoking is allowed.

Cigarette, cigar, and pipe smoking is permitted in designated outdoor areas of the starboard side of all ships. Cigarette smoking is also allowed the Casino (active players only). 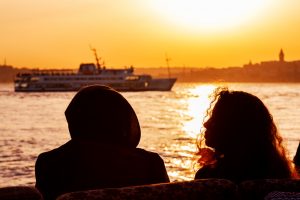 Cruise lines are serious about smoking on cruise ships and their smoking policies. Most cruise lines assess a $250 cleaning fee every day of violation and may remove guests for repeated violations of the cruise line smoking policy. Remember, cruise line smoking policies may change at any time, so it is a good idea to call CruiseExperts.com today at 1-888-804-CRUISE (2784) to book your cruise vacation. Our travel experts will find the ideal cruise to meet all your preferences! Don’t forget to like us on Facebook and join our InnerCircle for exclusive offers and cruise news you can use! Also, check out our new Resource Center, where you can receive expert knowledge from us before your next cruise or cruisetour!

Tags: can you smoke on a cruise, cruise line smoking policy, smoking on cruise ships