Experience the best of Western Europe on our best cruises around Great Britain! 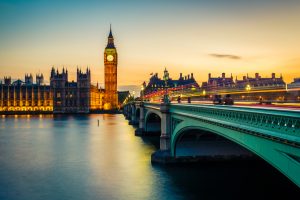 If the thought of exploring landmarks like Stonehenge, the Blarney Stone, and the Tower of London makes your heart thrill, these cruises around Great Britain may be for you! The British Isles are extremely compact, so you will get to explore tons of locations throughout Scotland, Wales, England, and Ireland on this exciting British Isles cruise. From the rolling green hills of Scotland to the charming countryside pubs of Ireland and historic World Heritage sites of Britain, British Isles cruises have something for everyone.

Happy Traveler Comment
Cesar has been very helpful and courteous. I have a family of 7 so a cruise such as we are taking really does take some arranging with which you folks have really done well. I am sure when we cruise again in the future we would give you folks first opportunity to serve us. — Ken B.

Roundtrip cruises around Great Britain typically require about 14 nights, which is plenty of time to schedule stops at all the best cruise destinations in the area. The British Isles are a year-round destination, and offer unique attractions for all ages. Some cruise lines offer adult-only excursions, if you prefer to experience the British Isles without the little ones.

Cruises typically leave from Southampton or Portsmouth, with an occasional gem leaving from further ports like Amsterdam. The wonderful variety of stops, with cultural, historic, and uniquely quirky excursions make cruises around Great Britain a hit with multigenerational families as well as romantic couple cruisers. A stop in London brings royal palaces, some of the top museums in the world, and a wealth of sights like the Tower of London and Big Ben. Cruises head to Edinburgh, a UNESCO World Heritage Site where you can view the fabulous Edinburgh castle overlooking the Scottish Highlands. This is definitely the best British Isles cruise for avid golfers, who will want to stop by the Royal and Ancient Golf Club in St. Andrews for a photo op. Some cruises around Great Britain offer special golfing excursions that let you actually play a round of golf at this iconic location!

Explore the romantic ruins Urquhart Castle as you keep a sharp eye out for Nessie, the Loch Ness Monster. Tour the Orkney Islands before sailing to points on the west coast. It’s off to Liverpool, birthplace of the Beatles, where Fab Four fans can take a “Magical Mystery Tour” of the places that inspired the beloved songs before heading off to Ireland. If your British Isles cruise stops in Kirkwall, make the time to view the Book of Kells at Trinity College. Stop by the legendary Blarney Castle to kiss the stone that bestows the gift of eloquence before downing a dram of liquid gold at a pub in Dublin or Cork, as you explore the bucolic beauty of the Irish countryside.

At Belfast, “Game of Thrones” fans can visit Castle Ward Estate and Audley’s Castle, where many scenes are filmed, for a photo op with actual costumes for the series.  Some cruises around Great Britain continue to ports on the outlying islands, including the charming St. Peter Port, located on the Channel Island of Gurnsey, and the Isles of Scilly, which feature prehistoric remains from the dawn of time.

Explore the Coastal British Isles to the fullest on Holland America Line’s 14 Days British Isles & Europe Coastal Cruise, departing from Amsterdam  on August 4, 2017.  Sightsee to your heart’s content with stops in Rosyth, Invergordon, Scrabster, Dublin, Belfast, Liverpool, Milford Haven, Saint Mary’s/England, Portland/England, and Saint Peter Port. Fares range from $3199 to $6699 with bonus offers available on select sailings. Save up to $160 per stateroom with this exclusive CruiseExperts.com Price Advantage Alert, where you pay less than if you booked direct! 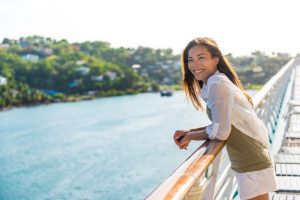 If you are ready to enjoy an exciting British Isles cruise, call CruiseExperts.com today at 1-888-804-CRUISE(2784) and our travel experts will find the best itinerary for you! Don’t forget to like us on Facebook and join our InnerCircle for exclusive offers and cruise news you can use. Also, check out our new Resource Center, where you can receive expert knowledge from us before your next cruise or cruisetour!