Written by The CruiseExperts team. Posted in Cruise Specific 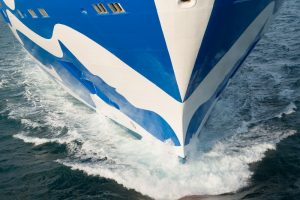 If you eagerly await the launching of new mega-cruise ships each year, this year has an exceptional crop of cruise ships that’s certain to please. Among the 23 new ocean and river-faring ships the cruise industry is launching in 2017 are four high-capacity cruise ships that are among the largest passenger cruise vessels ever built. Two of the new large cruise ships are headed for China, one for the Mediterranean, and one for Miami, Florida. The large new cruise ships 2017 has to offer feature luxurious accommodations and one-of-a-kind entertainment options certain to fire the imagination of passengers.

At 167,600 tons, with room to hold 4,500 double-occupancy passengers and 1,536 crew members, MSC Meraviglia tops the list of the newest largest cruise ships for 2017. This elegant giant is nineteen decks high and designed with indulgence in mind. It is loaded with features you would expect to see a t one of the major megaresorts, such as giant water park with three water slides, an 82-foot long main pool, and an aft pool that transforms into a dance area at night for dancing.

Happy Traveler Comment
Let's face it - I love NCL. We have had 3 cruises w/ ya'll and recommended it to friends also... so I am a walking advertisement. We are seniors so I'm always looking for a really good deal. — Betty D.

Passengers can choose from an array of twelve superb dining options aboard MSC Meraviglia before taking in a performance of Cirque du Soleil at the Carousal Lounge or trying their luck at the casino. Other planned entertainments include the largest LED dome at sea, a full-sized bowling alley, a flight simula tor, race car simulators, and a 4D 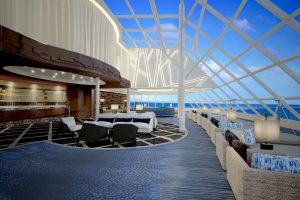 cinema. MSC Meraviglia will be sailing 7-night voyages in the Western Mediterranean starting with its maiden voyage on June 11. 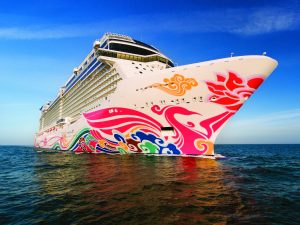 eight turn competitive race car track at sea, where 10 cars can race at one time. Other standout offerings include the Galaxy Pavilion, an entertainment center where guests can enjoy hover craft bumper cars and simulator rides, an open-air laser tag course, and two multistory water slides.

Norwegian Joy has been built specifically for China and will sail out of Shanghai and Tianjin beginning in April. 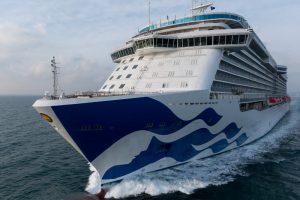 Princess Cruises’ newest Royal class ship, the Majestic Princess, debuts on May 14. This gorgeous behemoth of a ship fits 3,560 passengers in comfort and is patterned after sister ships the Royal Princess and Regal Princess. The new Princess cruise ship, which will be based in China, offers entertainment produced by the PrincessLive! TV studio. Guests can choose from 13 dining choices on board the Majestic Princess including the Crown GrillSM steakhouse and exclusive specialty restaurants. Other attractions include the adults-only 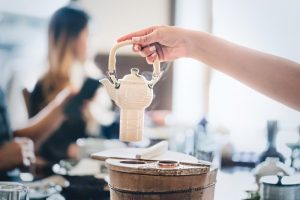 Sanctuary, enhanced Movies Under the Stars, Chef’s Table Lumiere, and the SeaWalk glass passageway that extends over the ocean.

MSC makes a major play for the North American cruise market in 2017 with the introduction of MSC Seaside, a 160,000 ton ship that will have Miami as its home port. The large cruise ship will accommodate 4,140 passengers at double occupancy or 5,179 on pull-down bunks and pull-out sofas. Since the large cruise ship will be deployed year-round in the Caribbean, it was custom designed for the warm Caribbean environment with sea-level promenades that feature outdoor spaces and restaurants.  Entertainments include two of the longest zip lines at sea, a ropes course, and an Aqua Park with four water slides.

What are you waiting for? Call CruiseExperts.com at 1-888-804-CRUISE (2784) to book your reservation on one of the newest largest cruise ships launching in 2017 today! Don’t forget to like us on Facebook and join our InnerCircle for exclusive offers and cruise news you can use! Also, check out our new Resource Center, where you can receive expert knowledge from us before your next cruise or cruisetour!